Emirates Islamic, one of the leading Islamic financial institutions in the UAE, today marked the UAE Flag Day with a staff ceremony at its headquarters.

The ceremony was organised as part of the bank’s effort to join the nationwide UAE Flag Day campaign, which coincides with the anniversary of His Highness Sheikh Khalifa bin Zayed Al Nahyan's assumption of office as the leader of the country.

The management and staff of the bank came together in raising a giant national flag at Emirates Islamic’s Healthcare City headquarters, reaffirming their allegiance to the UAE flag, a symbol of the nation’s greatness.

Seen here in the picture is Emirates Islamic officials and staff at the Flag Day ceremony. 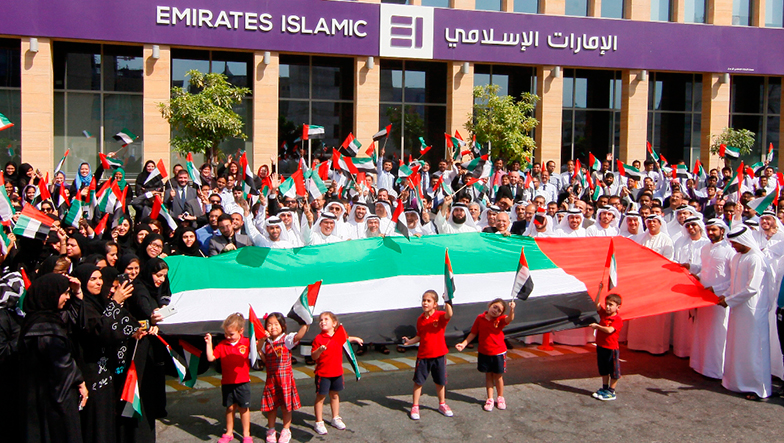