Emirates Islamic Full Year 2017 Financial Highlights:
• Net profit for the year increased 565% reaching AED 702 million.
• Total Income for 2017 (net of customers’ share of profit and distribution to Sukuk holders) declined by 4% to AED 2.4 billion.
• Total Assets at AED 61.9 billion, increased by 4% from end 2016.
• Financing and investing receivables at AED 33.8 billion, declined by 7%.
• Customer Deposits at AED 41.8 billion, increased by 2% from end 2016. Current and Saving accounts balances increased by 1% from end 2016 and represent 68% of total deposits.
• Headline Financing to Deposits ratio at 81%, remains healthy and within the management’s target range.
• Capital ratios, as calculated under the Basel III framework, were strong with the Common Equity Tier 1 ratio at 16.2% and the Total Capital ratio at 17.4%. 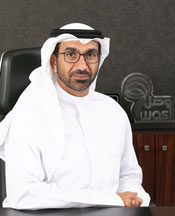 Hesham Abdulla Al Qassim, Chairman of Emirates Islamic, Vice Chairman and Managing Director of Emirates NBD commented, “Emirates Islamic has delivered strong results and the impressive performance in 2017 is demonstrated with a six-fold increase in net profit to AED 702 million. The Bank significantly increased its returns to shareholders with Return on Equity (ROE) of 10% this year, up from 2% in 2016. Over the years, Emirates Islamic has asserted its position as a leading financial institution in the UAE, with a vital contribution to the development of the overall Islamic finance sector.”

“2017 was the Year of Giving, as marked by U.A.E. President His Highness Sheikh Khalifa bin Zayed Al Nahyan, and Emirates Islamic continued to play its role in supporting the less fortunate and under-privileged sections of the society. We distributed AED 59 million to a number of charitable institutions and deserving causes, both locally and internationally. As we celebrate the Year of Zayed in 2018, we reaffirm our commitment to the late Sheikh Zayed’s vision and values which have laid the foundation to a prosperous and successful UAE”.

“I see Islamic banking in general and Emirates Islamic in particular playing a significant role, with the UAE economy set to grow steadily in 2018 on the back of a more stable oil price, a pick-up in global trade and infrastructure investments around Expo 2020. I am confident that Emirates Islamic will continue to be a key driving force in fulfilling the vision of His Highness Sheikh Mohammed Bin Rashid Al Maktoum, Vice President and Prime Minister of UAE and Ruler of Dubai in making Dubai the global capital of Islamic economy.”

Jamal Bin Ghalaita, Chief Executive Officer of Emirates Islamic commented, “I am extremely pleased to share the Bank’s results for 2017, recording the highest ever net profit since our establishment in 2004. In 2017, we focused on consistent control of operating costs, which improved by 8% over last year. With a lower cost of risk and an enhanced collection drive, net impairment allowances have improved by 48% year-on-year.”

“Digital transformation and innovative banking solutions were the key drivers of increasing our customer footprint, while providing our customers with a superior service experience. We are the first and only Islamic bank in the UAE to launch both Apple Pay and Samsung Pay, providing convenient payment solutions to our customers. Other digital initiatives include the launch of our revamped Mobile Banking app and QuickRemit foreign exchange transfers. We also enhanced our cards offering in 2017, launching the Emarati Credit Card for UAE Nationals. Looking ahead to 2018, we are well positioned to benefit from market opportunities as a result of our investments in the latest technology.”

In November the Bank announced the results of the 2017 edition of the ISLAMIC BANKING INDEX by EMIRATES ISLAMIC™, a consumer focused survey on Islamic Banking in the UAE. UAE consumer uptake and the perception of Islamic banking products and services has risen for the third consecutive year, indicating that more people in the UAE are recognising the positive attributes of Islamic banking, leading to a wider adoption of Shari’a-compliant products and services.

In 2017, Emirates Islamic was named ‘Islamic Personal Finance Provider of the Year’ by YallaCompare, the region’s leading financial services comparison website. Other accolades received by Emirates Islamic include ‘Most Improved Website’ and ‘Best Social Media Reach’ at the 2017 Service Olympian Awards; ‘Best Savings Account’ and ‘Best Islamic Premium Card’ at the Banker Middle East Product Awards; and the title of ‘Service Hero” in the Islamic Banking category of the Service Hero Index.